What is leadership? If you Google the definition of leadership you will come up with millions of hits, varying from slightly to very different. There are hundreds of different models about leadership. Yet each of us is likely to feel we can recognise good or bad leadership when we see it. Part of the problem is that leadership has so many different aspects – it is multi dimensional and trying to explain leadership in only one to three dimensions (which is about as much as most of us can handle easily) is like trying to define a multi-coloured pompom (one of those woollen balls you often find on a wool hat) by only one or two strands of wool.

In essence, if you influence or inspire others, develop others, give others a direction or purpose, you are a leader. The way leadership looks and feels is context dependent – no one style suits all. The way I describe leadership is that at its core, it is about a relationship between a leader or leaders and followers, who are inspired around a common purpose. The nature of that relationship and leadership style is shaped by the context in which it happens, which I regard as having two layers: an out layer representing wider contexts that are not likely to be under your direct control; and an inner layer representing contexts you can directly influence in yourself and in your relationships, whether you are a leader or follower. The outer context layer could include things like the economy, technology, faith, culture – such as political or in society, or in your organisation or community group or family, and so on. The inner layer is influenced by the outer layer and could include things like the group’s attitudes, values, ethics, motivation, sense of purpose and level of trust in the relationship between leader and followers.

An effective leader is effective in context and their style needs to suit the context, particularly the wider context although their style can also influence the context within the local group. For example, Churchill was an excellent leader to keep morale high and a strong sense of purpose during the second world war, but his style didn’t suit a post-war Britain with different needs, a different purpose and different direction. We are also familiar with organisations where the culture and way of working reflect the leadership style of the CEO and perhaps other senior influencers or leaders.

I think of leadership involving two parts: “being”, which includes Emotional Intelligence, personality, interpersonal skills, responsibility and your personal beliefs, values, attitudes, ethics, motivation, purpose etc; and “doing”, which is more likely to depend on the context in which you are leading, including things like organisational functions, creating strategy, vision, building team relationships, putting your activities in wider context, delivering goals etc. This “being” and “doing” applies equally to the followers, although the followers’ “doing” activities are complementary to those of the leaders. Followership is as equally important as leadership. 

There is a tight interplay between leader and follower – in many ways each is defined by the other. A title or job role does not make someone a leader. The followers who are inspired by the purpose and / or believe in the person make that person the leader. In a work context, this is why good leadership makes such a difference to performance (said to be about 30% difference to the bottom line) because leaders inspire their team and workers to be engaged and give their discretionary effort.

Leadership is not just for a few people in high level positions at work, we need leadership all around us at all levels in our communities – whether they are social, sport or work. Even if you are running a micro business with no staff, you still need to lead yourself to motivate and inspire yourself to make things happen, and to influence your clients and customers. As an owner of a business you need to be both leader and follower – leading when you work “on” the business, setting the direction and strategy, and being follower when you step into the daily working “in” the business.

The ability to step in and out of leader and follower roles, and knowing when each role is more appropriate, can be pivotal to the success of both the group and yourself as an individual. An example could be in a dynamic team, where the team leader is prepared to let a team member take the lead and constructively support them in doing so, perhaps recognising specific expertise or knowledge, or perhaps as part of their policy to raise others to take on leadership. I am reminded of a time when I was diving with a university club, and one of the top diving instructors in the UK was with us. He had the patience to allow one of the students be in charge of the days diving, letting her make decisions about where to go and how to do it, intervening by gently asking focused questions in a constructive way when the outcomes could have potentially life-threatening consequences (like being underwater when the current was too strong for safe diving) but allowing her to make and learn from more minor mistakes.

In my opinion, a major component of success in leadership is an openness to learn and forgive (both yourself and others) and to regard mistakes as learning opportunities rather than failure – beautifully described by David Watt as:
” I learned so much from my mistakes I plan to make some more ”

One of the most important leadership roles (for both men and women) is parenthood and the way we lead ourselves and our family, and influence their development, core values, attitudes and beliefs. Children give unconditional followership to their parents during early childhood and go through several critical development periods, particularly up to the age of 7. I personally believe that this contributes to the controversy in the debate over whether leaders are born or made. There is so much evidence that leadership can be learnt and “born leaders” are most likely leaders who learned leadership from age 0.

For example, compare these two scenarios that reflect different ways a parent might interact with their child, both parents having the positive intention to protect their child. It is a snowy winter and Bob and Joe, who are four, say they want to go out and play.

Parent A says “Remember to put on your coat, don’t get cold.” Bob follows orders; and grows up with others making decisions and choices for him to protect him.

Parent B says “ok, go out and play”. Joe runs outside, and soon afterwards comes back in “Its cold.” Parent B asks “What do you want to do about that?” Joe says “Put a coat on” “Ok, that sounds like a good idea” and Joe puts on a coat and goes out to play, warm. The difference is that Joe learns throughout childhood about the consequences of his actions in situations that are not life-threatening (eg: its cold if you forget your coat) and making choices – he is learning how to decide for himself and protect himself. When these two children grow up to be teenagers, who is more likely to be able to make good choices about things they are exposed to, like drugs, peer pressure, and so on? Which approach do you think is more effective in managers and leaders?

Unless we learn otherwise at some stage in our life, our default leadership style typically reflects the way our parents behaved with us. Yet, as good leadership is so context dependent and no one style suits all situations, the best leaders match their style to the situation. Learning good leadership starts with raising self awareness to recognise your own style, the way you behave and interact with others, and your own attitudes, beliefs and values that shape the way you behave and think. When these are raised from the unconscious level, where they strongly influence all the decisions you make without your being aware of it, you can consciously choose how to be and behave in different situations. The next stage is to learn how different styles can influence situations in different ways… and I think that is a lifetime’s journey. 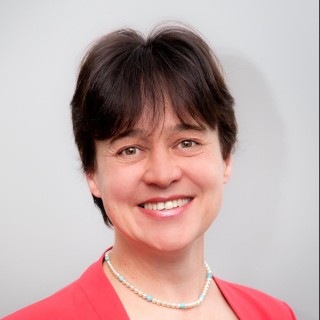 Sue is an experienced Executive Coach and trainer, who delivers Leadership Development, Personal Development and 1:1 coaching for people who want to excel, be the best they can be, or find new directions whether in work and career, and in life. Sue is based near Edinburgh and coaches in person in central Scotland, and by telephone and Skype with people all around the world.